Public school. It’s where the bulk of the American populus will spend the majority of their childhood and adolescence. It’s often our first experience outside of the home, where we meet our first friends and where we first begin our integration into society. It’s estimated by The Center for Public Education that most students spend between 900-1000 hours per school year in school. 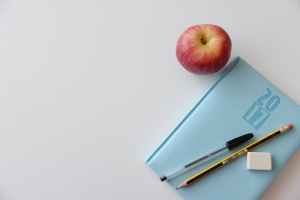 With so much time spent inside a facility, with the same kids, teachers and administrators, one would believe that someone is surely keen on the signs of an at-risk adolescent. However, that is increasingly not the case. Consequentially, the school system’s ability to intervene and treat a serious substance use and/or mental health concern is almost nonexistent.

It begs the question: What responsibility does the school system bare, in the development of substance use and mental health issues? Should we be holding them more accountable for the overall welfare of our youth?

Reflecting personally, it is impossible to place full responsibility for my substance use on any one individual, entity or experience. I know that responsibility ultimately falls on myself, there is no shirking that one. However it is fair to question the adults who claimed some sort of responsibility over my safety and welfare as an adolescent. Now as a mother, I feel it even more justified to question the establishment that will become a second home to my son. 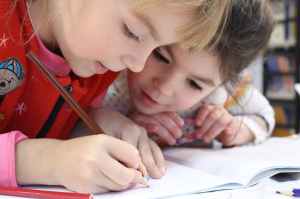 Anecdotally, I can recall my own experience of the school system being pretty disempowering. My perception of that time, (while obviously tinged by the dark lens that is teenage angst and emotion) was that I was just another body in a seat, another statistic, another test score.

As I crossed the graduation stage, I was extremely disheartened. I was one of twenty or so of my friends that was actually graduating. High school. In suburbia. Several of my friends, when showing signs of substance use, a dysfunctional home life, mental health issues and general at-risk behaviors – were given two options: They were told to drop out, or they would be expelled. Needless to say, they were all now lumped into the statistics of high school dropouts.

My own experiences when confronted with known substance use, too were of the same caliber. I was disciplined, but no one ever intervened. Suspended and sent home, but never asked how I was doing. I took such disciplinary actions in stride, pleased with the idea of a week off a school to check out.

Even thinking back on the actual education that I received about drugs it’s incredibly obvious that the school systems are still operating from a misinformed perspective. One week in eighth grade DARE, one week in freshman health (to get out of a gym credit; not mandatory) and a day in psychology. All abstinence based education, generic and unreceived. It was an insultingly typical “drugs are bad” conversation, with a bunch of uninterested teenagers. Real effective.

A whole article could be written outlining the many different ways that the American public school systems have failed our youth. Even more time could be spet dissecting the impact this current administration is having on our school system. But, that’s not where my interest lies. I am more interested in outlining it’s failure in terms of mental health and substance use.

The basic environment, ecology and social structures in public schools is one that is not conducive to the overall well-being of our youth. I shouldn’t be the first to point out the inherent cliques and social hierarchy that comprise the high school experience. Hormones, self discovery and newly acquired autonomy create a breeding ground for anxiety, depression and mental illness.  NAMI offers some startling statistics about our youth today:

Although those above statistics are indeed startling, here is where I am prompted to call on the school system for being more accountable: Fifty percent of all youth with a mental illness begin by aged fourteen, and seventy-five percent by age twenty-four. That means that our youth are showing symptoms of a mental illness throughout their high school years with little to no intervention. Even more startling is the fact that  fifty percent of youth older than fourteen years of age, will drop out of school.

What did you think? Cancel reply

This site uses Akismet to reduce spam. Learn how your comment data is processed.